Commuting in Bangalore  using Autorickshaws is not so easy and safe. There have been few initiatives like pre-paid auto etc. to make you feel better about this. I personally never liked the way autowala’s have behaved with commuters and hated myself to be using their service. Though there have been few exceptions where in I was able to reach my destination safe. At times its necessary to use such transport systems though you never like it.

From 15th May onwards, Bangaloreans can Call/SMS for an Auto. Yes, check this out:

No more refusals. With EASY AUTO, Call or SMS 9844112233 or visit www.easyauto.in to book an auto. Agents fluent in Kannada, English and Hindi man the centre. Your name and destination will be recorded with us, ensuring safety at all times…

Hopefully, this will change the way Autowala’s behave and drive safe inside the city.

BackTrack is now on my 2GB SanDisk

It took only few minutes for me to create a LiveUSB of Security Distribution BackTrack using UNetbootin.

It is our fundamental right! to select the right candidate who can represent us in worlds largest democracy. If you really want to have a say in anything related to it, go and vote..

Choose the right candidate for the better tomorrow.

I could easily cast vote without much headaches. Good work so far EC.

Grant of Holiday on the Polling Day

As per Section 135B of the Representation of Peoples Act, a Company would have to grant a paid holiday on the eve of election.

The said section is reproduced as below:

135B. Grant of paid holiday to employees on the day of poll.—

In addition to the above, some of the states, publish a notification, declaring the election day as holiday, under the provisions of the Industrial Establishment (National & Festival Holidays) Act. Just to give you an example,Section 3-A to the Karnataka Industrial Establishment (National & Festival Holidays) Act, 1963 it is mandatory to declare paid holiday on the day of polling.

GRANT OF HOLIDAY ON THE POLLING DAY, FOR HOUSE OF PEOPLE OR THE STATE LEGISLATIVE ASSEMBLY:- Not with standing anything contained in Section 3, when a general election to the House of the people or to the State Legislative Assembly or an election to fill up any casual vacancy in the House of the people or the state Legislative Assembly is held under the Representation of the People Act,1951 ( Central Act 43 of 1951 ), every employee ( other than an employee in an industrial establishment owned or controlled by the Govt. of India ) whose name is included in the electoral roll of the Constituency where such election is held , shall be allowed on the polling day, a day’s paid holiday to enable him to exercise his Franchise.

Today IPLT20 (Indian Premier League Twenty-20) league matches started. I’m unable to have fun with my TV as I sit here and work. But I shall tell you about something related to IPLT20 online visibility.

There might be hundreds of blogs etc, but IPLT20 official website suffers due to huge hits. We are unable to view anything related to the matches on this website, though it is being advertised almost every minute on TV. Check this out.

Okay, I’m off from the blog for a while. Enjoy IPLT20…

Save Lalbagh – Save Bangalore

Are we ready to change transport at the cost of trees?

Event was organized by Hasiruusiru

Earth Hour 2009: Switch Off your Lights

Vote Earth if you care about Global Warming. Switch off your light to vote during Earth hour on 28th March. 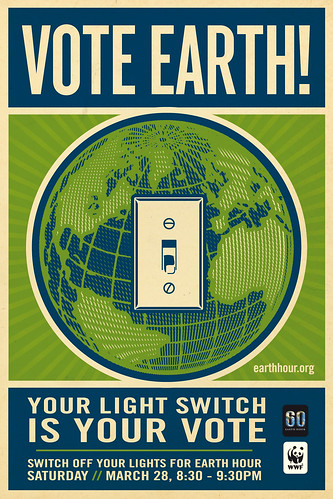