Arivina Alegalu sees its second release on August 15th as expected. You can now download the book from project page (https://arivu.sanchaya.net/ebook).   10 articles from enthusiasts have participated in our program to spread the waves of Knowledge for Common Man.

2012 release saw a change in the subjects that were covered. We have articles talking about nature, science, society, community, hacking, technology and our favorite subject FOSS.

“Arivina Alegalu” is now available on Android phones and Tablets. Don’t forget to download them via Google Play!

Cover Images were contributed by Pavithra and Mansore (https://belakindi.com) gives it a pleasant look.

E-Book is released under Creative Commons. So go ahead, read, share and distribute….

You’re also welcome to write articles to Arivina Alegalu to spread your knowledge to other Kannadiga’s. 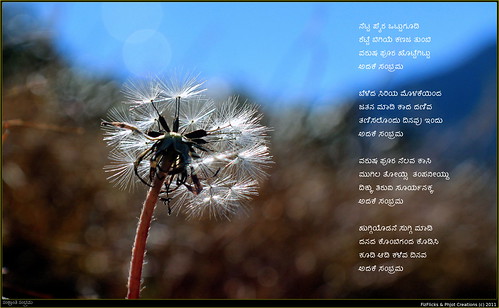 Image for this greeting in Kannada is contributed my wife @pavithra.chihan

After all that hardwork, now we see the grain in storage and it gives us enough food to lead life for next year – hence we rejoice

Lots of sweets called huggi and its a festival / Suggi , we decorate animals who worked hard in fields, we spend the day playing day and night – hence we rejoice…

It was a clean and chilly Sunday. Both of us were kinda determined to get up early on our feet and go shopping in K.R Market. The idea was to fill in all flour vases that we had got as a gift since we both got married and the year of such a big event in our life is coming to an end.

Though the outlook at K.R Market is bizarre with the smell that makes you run away from that place from a mile away, traffic that scares not only those little ones but the dons too, it has something that brings in people closer to this place.

Early mornings, the place is worshiped by the farmers, florists, buyers like you and me, merchants, shop keepers, home makers, tea boy’s and many others. The   area smells Jasmines, Roses,  Sunganda raja and more opens your nose with their fragrance. Gerbera, lilies smile at you. Soon after 8:30 they don’t want to get sun burns so they run away from the street So before  that you might want to buy them to decorate your sweet homes. They cost you little compared to your flora shops for sure. At times we have bought big bunch of roses for Rs 10.

The market continues to be crowded through out the day with shops opening up by 10AM all around the place and the so famous S.P Road just attached to it. Bicycles to electronics to  Computer Chips along with small shops to sell potato chips and Sugar cane juice. Keep distance and park your car’s away to get nearer to buy the little toys that you’re searching for.

Wait… did you try crossing the road in between to reach Kamath to have a hot cup of tea? Be careful! you might end up spending 5 – 10 mins.  Look around and you might find a subway…

They scare us away for sure. Many such subways are left unused like haunted places all around Bangalore. Some are not maintained and some are flooded and few more are locked.  I was standing in the middle of the road on Sunday to get into the ATM for which I had already walked more than a kilo meter. Took nearly 5 mins early in the morning. While I head back, I stopped and thought of using the scary little subway which I avoided using. This time I enquired myself and asked why I’m backing off. Thought of some dangerous creatures which I might meet out there and some nasty adventurous nostalgic tour to torment land. Slow and steady I walked down the steps and found none using that subway.  Was more suspicious to continue with it but took a step forward and reached the pathway. To my surprise….

It was all empty, clean and tidy! Nothing that scared me but was amazed to see such a neat subway just close to the place which smells the gutter most of the time.

We always run away from using public facilities such as subways, sky walk’s etc because of

3. Security reasons (BESCOM to be blamed for dark shows at night etc)

but the above said subway, puts a question in my mind to re-think our allegations. Why don’t we try using them once and secondly, ask/question the authorities to clean them if you really want to use it. We are not loosing a penny extra for it. Again, why can’t we see a clean and tidy K.R Market in BBMP’s Clean Bangaluru?

Did you ever dream of landing in an alien land or being treated as one in your own land? I had little such thoughts way back in time and that had made me start writing about my learning’s about technology, life etc in Kannada. Today I got a chance to share my work with enthusiasts at Barcamp Bangalore 10.

Thanks barcamp for the opportunity.

Wikipedians @ CIS, Bangalore. Celebrating Wikipedia day 2010 More than twenty Wikipedian’s joined together at CIS on Saturday (16th Jan 2010) evening to celebrate Wikipedia’s 9th birthday. Many were new to Wikipedia and they were keen to learn what Wikipedia is all about and how it can be used in a better way. Kannada, Tamil, […] 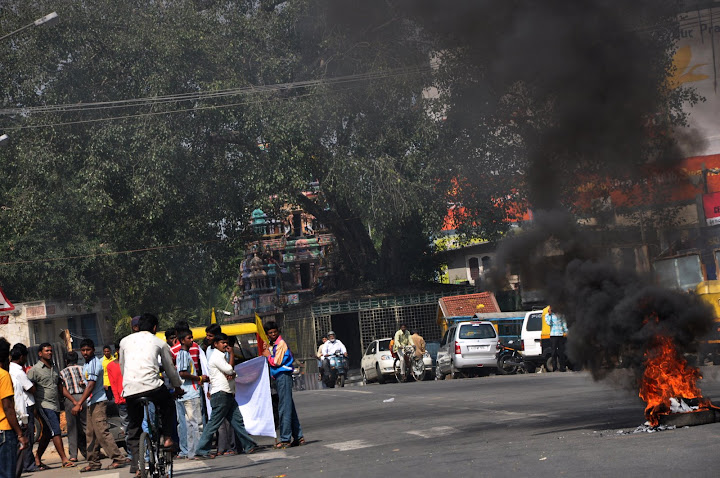