It was a clean and chilly Sunday. Both of us were kinda determined to get up early on our feet and go shopping in K.R Market. The idea was to fill in all flour vases that we had got as a gift since we both got married and the year of such a big event in our life is coming to an end.

Though the outlook at K.R Market is bizarre with the smell that makes you run away from that place from a mile away, traffic that scares not only those little ones but the dons too, it has something that brings in people closer to this place.

Early mornings, the place is worshiped by the farmers, florists, buyers like you and me, merchants, shop keepers, home makers, tea boy’s and many others. The   area smells Jasmines, Roses,  Sunganda raja and more opens your nose with their fragrance. Gerbera, lilies smile at you. Soon after 8:30 they don’t want to get sun burns so they run away from the street So before  that you might want to buy them to decorate your sweet homes. They cost you little compared to your flora shops for sure. At times we have bought big bunch of roses for Rs 10.

The market continues to be crowded through out the day with shops opening up by 10AM all around the place and the so famous S.P Road just attached to it. Bicycles to electronics to  Computer Chips along with small shops to sell potato chips and Sugar cane juice. Keep distance and park your car’s away to get nearer to buy the little toys that you’re searching for.

Wait… did you try crossing the road in between to reach Kamath to have a hot cup of tea? Be careful! you might end up spending 5 – 10 mins.  Look around and you might find a subway…

They scare us away for sure. Many such subways are left unused like haunted places all around Bangalore. Some are not maintained and some are flooded and few more are locked.  I was standing in the middle of the road on Sunday to get into the ATM for which I had already walked more than a kilo meter. Took nearly 5 mins early in the morning. While I head back, I stopped and thought of using the scary little subway which I avoided using. This time I enquired myself and asked why I’m backing off. Thought of some dangerous creatures which I might meet out there and some nasty adventurous nostalgic tour to torment land. Slow and steady I walked down the steps and found none using that subway.  Was more suspicious to continue with it but took a step forward and reached the pathway. To my surprise….

It was all empty, clean and tidy! Nothing that scared me but was amazed to see such a neat subway just close to the place which smells the gutter most of the time.

We always run away from using public facilities such as subways, sky walk’s etc because of

3. Security reasons (BESCOM to be blamed for dark shows at night etc)

but the above said subway, puts a question in my mind to re-think our allegations. Why don’t we try using them once and secondly, ask/question the authorities to clean them if you really want to use it. We are not loosing a penny extra for it. Again, why can’t we see a clean and tidy K.R Market in BBMP’s Clean Bangaluru?

Reading Kananda magazine on firefox was made possible through a plugin earlier by Sunil Jayaprakash. He is out with an Apple iPhone application for the same. This application is now approved by Apple and has been made available at Apple App Store for free. Promotional Video: Snapshot of the app on iPhone: Kudo’s to Sunil […]

Prajavani.net is now in Unicode

Now, its easy for any one to read this Kannada news paper bringing in more hits to the site. On top of it, news papers contents will now be searchable in Google and other search engines in unicode.  Officially Unicode version of Prajavani will be released on Monday.. As of now you could see that many website links are still broken or they are under construction.  Thanks to Prajavani technical team for this wonderful task.

Wondering what is Unicode?

You can find more information about Unicode here.

After reading it all, I still wonder why ASCII character encoding is still being used by Government Of Karnataka for e-governance and other Kannada websites?

Indian Space Research Organization (ISRO) is out with its first Indian Earth Observation Visualization tool at – https://bhuvan.nrsc.gov.in/ . So far we all used to depend on google maps and google earth applications to get maps and 3D visualization. Reports say that more than 60000 people registered as soon as this project was launched for its beta testing. But many of us were totally discouraged to usethe application as it was vendor locked by forcing Internet community to stick to Internet explorer, DirectX and other proprietary applications. Internet users such as myself have been using firefox, opera and other browsers where in we can’t see whats really Bhuvan has got for us. Looks like it is totally an ignorance of who ever is responsible to deliver such application. An OS independent application is what is needed when entire web is moving towards web3.0 for better user experience and advancements. A small survey of web users would have been resulted in a good design and solution. Hope ISRO learns this very fast during Bhuvan’s beta testing and come out with the right solution that is needed soon.

It’s your city! Reclaim it..

Don’t just think about your house.. keep yours surroundings clean

Exploring new horizons on the eve of my birthday

Sky is the limit and I have been always aiming one step above that. Yet I have achieved very little so far. While I’m trying to fly to moon here scares an another number… my birthday. Wish I could do something new this year! 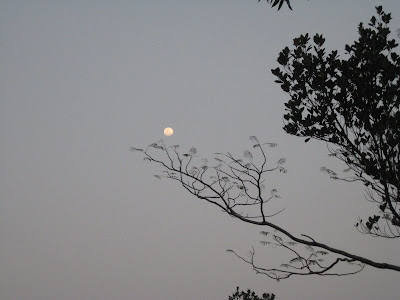